Apple pie is one of the many deserts I prepare every Christmas Christmas. I’ve already shared an Apple Pie recipe with you where you make your own crust. There is another version of Apple pie called Apple Crisp which my children love because of the crisp texture of the oats. In 2008, my sister-in-law and I went to the Farmers’ Market and discovered a pile of apples on a truck. The kind lady gave us a taste of the green-yellow apples. The juicy and tart apple made it the perfect apples for Apple Pie which my sister-in-law immediately bought for a $1.00 a bag. Instead of Apple Pie, she wanted to try the Apple Crisp. That is how I learned to bake Apple Crisp instead. 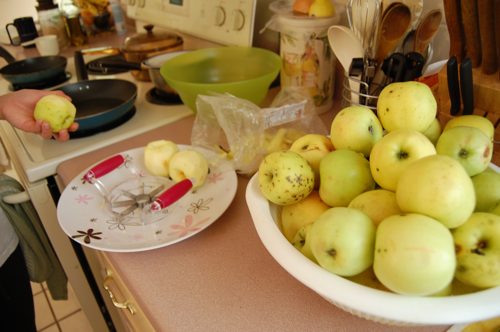 6 cups peeled Apples or 8 to 9 pieces of tart apples (In the Philippines, buy the small tart green/red apples from Taiwan) 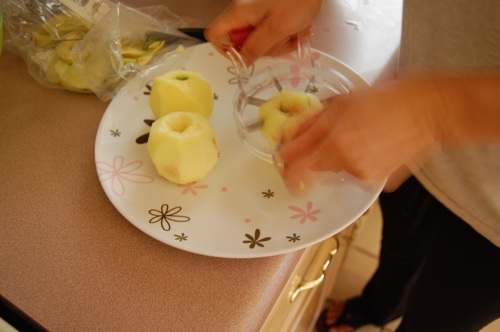 2. You can use an apple slicer to cut the pared apples.

3. Set aside 6 cups of apple slices

5. In large bowl, combine all the topping ingredients. Mix until crumbly.

6. Toss 1 teaspoon cinnamon on the apples.

9. Serve with ice cream, or whipped cream if desired. You can always use variations too: